RetroArch Vs. RocketLAuncher - Pros and Cons? 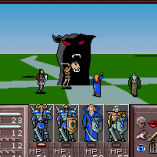