New release today for the Nintendo 3DS, version 1.0 contains 496 video snaps in HD, HQ & SQ versions.  Massive thanks to @zycronand @drewbyfor submitting the captures for this set. Continue past the preview for details.
What's New: 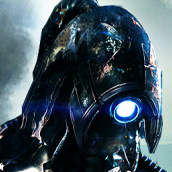 Welcome to the Unified Widescreen Platform Video Theme Project!
This video project is based on the Unified Megatheme project which was originally created for HyperSpin by Gibbawho and eventually continued and expanded by various other users as well. The themes of this project are designed for widescreen displays and share all the same basic structure to give all themes a simple and unified look.

My goal is to recreate all Unified Megathemes as video files so that they can be used within other Front End’s like LaunchBox as well.
I’m using Adobe After Effects to create the videos with their original source files (when they were available) and try to stay as accurate as possible to the HyperSpin originals.

Be aware that most of the themes were just recreated and slightly modified by me. Similar goes for the platform videos which I mostly just took here from EmuMovies. So full credits go to their original creators. Thanks guys!