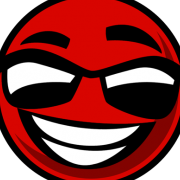 Get ready for the best opportunity to bring your gaming experience to the next level! The Bliss-Box 4-play is a universal video game controller adapter system that lets you use virtually any peripheral ever made on your PC, Mac, PS3, Android, or pretty much any other USB device. Bliss-Box is kicking off its Kickstarter campaign in support of an impressive expansion to its already peerless level of compatibility, empowering you to game with even the most obscure peripherals. Don't miss out! This is going to be the best time to buy a Bliss-Box 4-play or to perfect your collection.

This is not a paid advertisement. I am a passionate volunteer promoting a product I personally use and believe in. Gaming culture and history are important and I firmly believe that Bliss-Box has a fundamental role to play in preserving the verisimilitude of gaming experiences through the ages. What we play is just as important as how we play it and nothing beats the real thing. Bliss-Box lets you hold the past in your hands and play games exactly how they're meant to be played. You can also play modern games with challenging controller combinations to up the fun factor. I sincerely hope you choose to help support this fantastic project!